Both Sides of the Spectrum

Yesterday I went to RMNP to check out a problem called Both Sides of the Spectrum v12. I had heard really good things about it, and for good reason... it's really good. I didn't do the problem but felt like the session went pretty well. It's hard to tell though since I didn't do a single move. I went there by myself, and without someone to push you through the first move, it would be difficult to try the later moves. I'm hoping though, the later moves which require more balance than power, will not be much of an issue for me. My main concern is whether I am actually close to sticking the initial big throw, or maybe I need to find a way to keep my feet from cutting to have any chance. I'll leave you to judge.

Attempt on Both Sides of the Spectrum:


I ended up splitting my tip. Not really from this problem which isn't sharp, but from having bad skin from climbing at Arthur's Rock previously. Arthur's is sharp, very sharp. Between waiting for skin and having other climbing related plans, BSotS might have to wait. We'll see if it stays cool enough.

On my way out of the park I stopped to take a few pictures. I know, I said my camera is broken, and it is, but not totally. I guess in its current state it's more like using a film camera. I bought a new LCD screen on ebay the other day, which I will attempt to install myself. After that I will only have to deal with the broken auto-focus. Anyways, here is a pic from the other day. Not a bad place to spend the afternoon, eh? 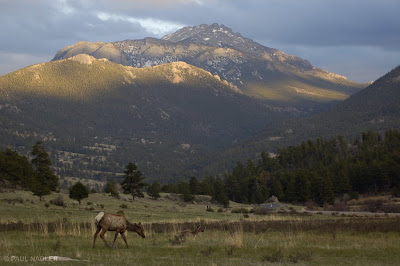