When I first got to Joe's this spring there wern't too many people, but my friend Enzo Nahumury was there already.

Enzo and I crossed the stream to go clean snow off of Moment of Truth. On the way back we found that the ice we walked over on had broken and fallen into the river. Jumping was the best option. 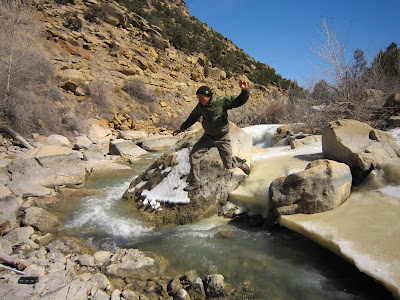 Enzo demonstrating how to gather firewood. 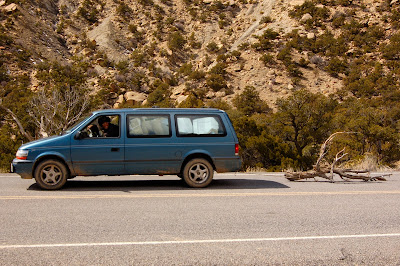 I started working on Black Lung right away, and other projects and climbs I hadn't yet done in Joe's. 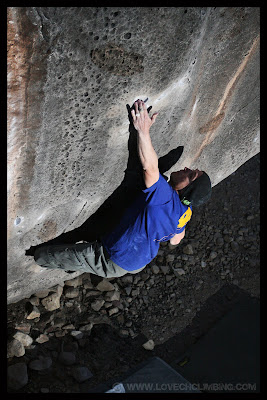 I did manage some of the climbs on my list for the spring. I did Jitterbug Perfume v10 quickly, after climbing to the lip 3 times last winter and backing off due to an icy top-out. I climbed Bowling Ball v4 for the first time. It was amazing! I also climbed Eden v10 while Alex Savage was there filming. He didn't think he would use the footage, so he gave it to me to post.

Eden from Paul Nadler on Vimeo.

Most people find the crux of Eden to be this half one-arm pull off a hard to figure out how to hold split finger crimpy thing. I however, couldn't manage to stick the "easier" big move to the split finger. Coming close with beta that my friend Criag Berman was using, I decided to focus on his method. After eventually sticking the big move, I immediately realized I wanted my foot higher. I put my foot in the big pod, my hand slipped, but I managed to hold on. I was then able to lock off to the hold people usually jump to. It worked for me, but I don't know if it would be good beta for many others.

Alex getting way up into a tree, attempting to get the best angle at Trent's Mom. 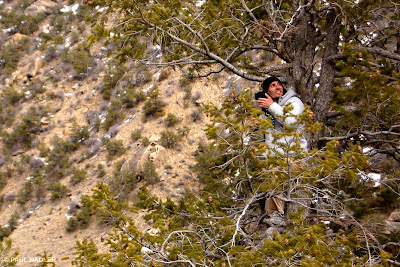 Tom Camillieri going into the crack on Trent's Mom ;) 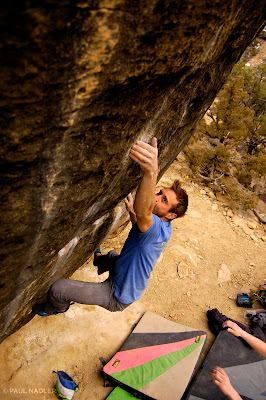 After hurting my finger, I was considering staying a few days and hiking around, but Joe's had other plans. We woke to a camp covered with a couple inches of snow. 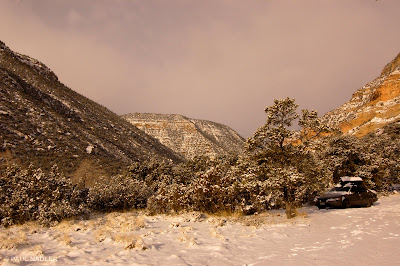 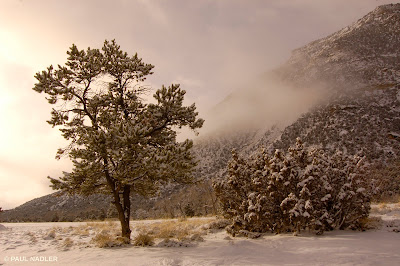 John waking up to a surprise! 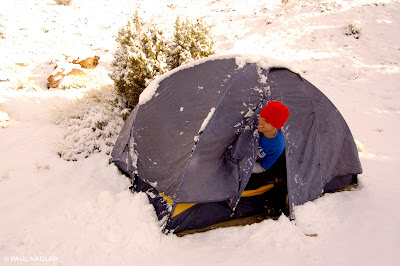 Karma not being opposed to the situation. 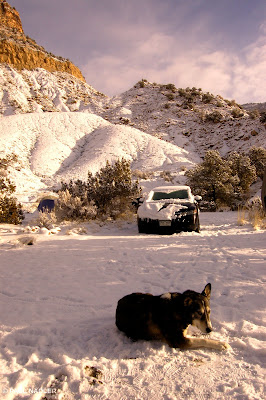 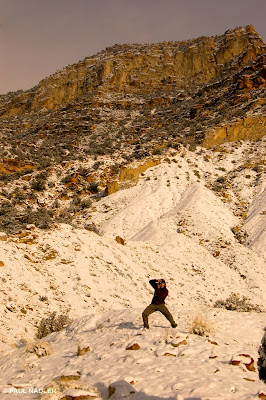 The Denver crew managed to get get some things dry and have a good climbing day. The hiking situation still seemed bleak, so I made my way back to the front range.

Posted by paulnadler at 3:27 PM